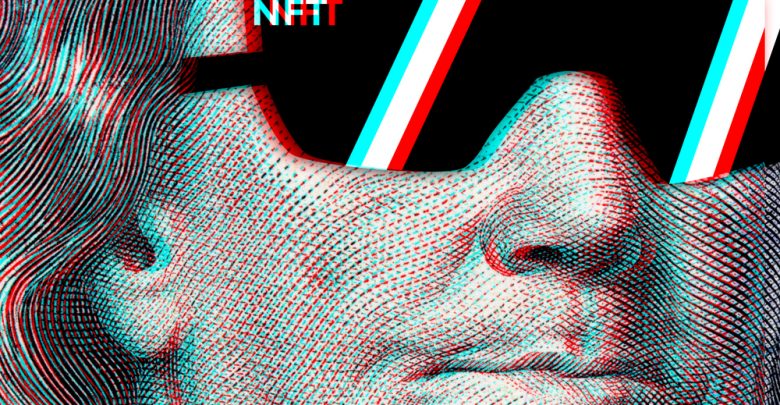 The cryptocurrency world is steadily expanding and advancing as its user cases are steadily on the rise. This massive adoption is not limited to business people or crypto-savvy individuals alone, even celebrities have joined this crypto train. NFTs, in particular, have been of great interest in recent times even as the crypto market is booming.  Just recently, Jason Derulo, a popular American artiste has joined the list of celebrities interested in NFTs as he backed up a leading blockchain-based art project. This art project is one of the few similar projects which are based on the blockchain network.

Jason Derulo joined the Crypto Punks project which is a collection of 10,000 images and was developed by Larva Labs. These images which are depictions of 8-bit humanoid characters have been of immense interest as he expressed his excitement about joining the project. The images are now being sold as NFTs on the Ethereum blockchain much to the delight of their developers. According to reports, the project sold out at an auction for the record-breaking price of $12 million. This goes a long way in depicting the growing interest of individuals, especially the younger generation in cryptocurrency.

Derulo’s status as a celebrity also contributed to the massive success of the crypto project as he helped create attraction for it. Amazingly, his crypto interest is increasing as he recently promoted Solana which is gradually becoming a major cryptocurrency. According to reports, Solana’s market capitalization just recently surpassed XRP thus raising the prospects of the crypto. With his fanbase and online presence, Derulo’s support and interest are expected to gain traction and contribute massively to the adoption and use of cryptocurrency.

Other Celebrities And Their Crypto Interest

In recent times, celebrities and public figures have been indicating interest in crypto and blockchain technology which has supported its expansion. The popular tennis player, Naomi Osaka recently expressed her interest in Dogecoin after observing the token’s Twitter operations for a while. According to her, she is positive about the crypto ecosystem and intends to make significant investments in tokens especially, Dogecoin. Mike Tyson on the other hand, is considering making investments in Solana after observing its recent upsurge. The token has been performing well on the crypto market with its price rising as it recently outperformed XRP.  His interest in crypto is also growing as just last month, he introduced some NFTs.

While NFTs and other cryptos are gaining trading volume and being adopted, XRP’s owners Ripple is currently involved in a lawsuit filed by the US SEC with claims that the exchange was unregistered. This has led Coinbase and many other platforms to suspend the activities of XRP. Presently, the token is only viewable on Coinbase due to technical issues and it cannot be traded in.

Amid these suspensions and delisting, XRP’s price still experienced an upward surge of about 12% which was surprising to many given the recent reduction in trading volume of the token.