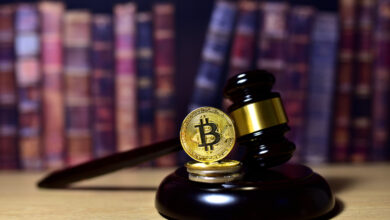 The deliberation about the formation of a crypto regulation framework that will moderate the crypto technology has been going on for a while now. However, a report revealed that Spencer Cox, the current governor of Utah has penned his signature on a bill to form a Task Force that would monitor crypto and Virtual Technology.

Reports from local sources said that the bill (H.B. 335) circulated many senate and house sittings for a couple months after it first came to light in February this year. It eventually got appended on March 24 by the Utah governor.

A section of the approved bill entails that the chosen group is responsible for taking measured steps to ensure that the use of cryptocurrency and other financial technologies benefits and serves the interests of the country.

The bill also said that the task force should comprise about 20 people with different cryptocurrency and financial technical skills. Five of the twenty members would be selected by the senate president, another five people would be appointed by the speaker of the house of reps. The governor too would get to choose 5 persons to join the group.

Furthermore, it is also included in the bill that the staff working in the Finance department of Utah should join hands and help the task force to execute its assignments. Also, the task force group is expected to develop non-financial encouragement for firms that have cryptocurrency technology features.

Regulators are still striving very hard to find and inspect the less risky aspect of crypto. Recently, the Securities and Exchange Commission of the United States has issued a strategy that involves doubling the number of individuals initially selected to secure investors in the digital assets market.

Furthermore, news from a local source stated that the cyber division of the SEC is set to recruit twenty (20) new persons to man 50 special positions. Some of the vacant positions include prosecution attorneys, staff counselors, crime pundits etc.

Gary Gensler, the a top official at SEC while speaking with a news person said that the movement to double the people meaning the critical positions is very crucial as it would help the government body to disseminate their duties well by ensuring that no wrongdoers in the crypto market can escape the watch of their newly reinforced cybersecurity system.